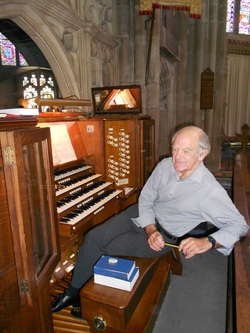 The Friends of All Saints' Music presents Bank Holiday Monday Organ Recitals at 11:00am, free entry with a retiring collection.  Light refreshments are normally available from 10.30am and following the recital.